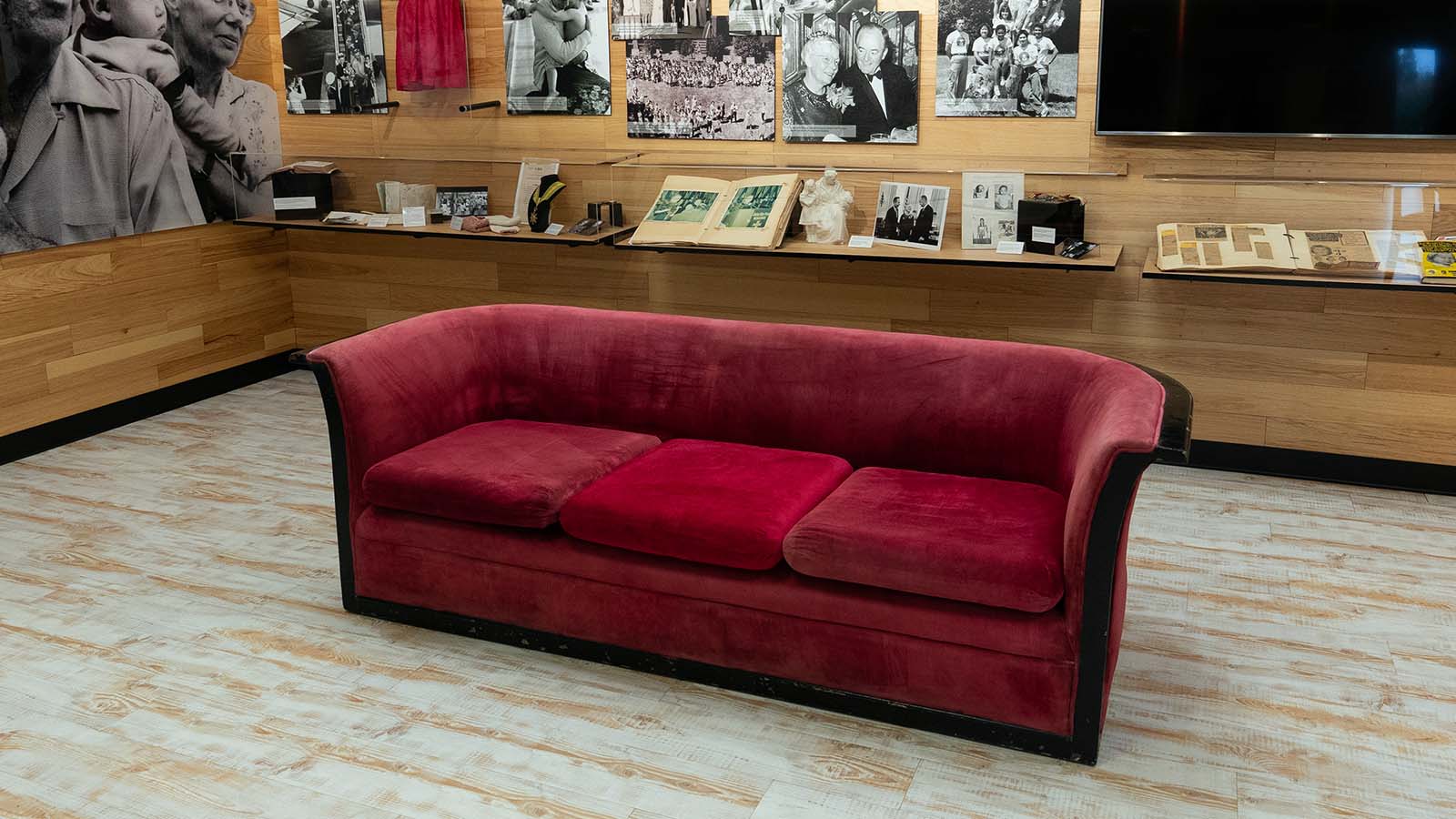 Over the years, the red couch has become a legend among families who adopted children from China. The couch was originally housed at the White Swan Hotel in Guangzhou, China, where almost all families participating in adoptions from China stayed while they waited for the U.S. Consulate to issue their child’s visa to come to the U.S. Families had their photos taken on the red couch and it became a cherished tradition among China adoptive families, each taking home a photo of their child on the red couch.

In recognition of Holt’s longstanding efforts to find families for children from China, the red couch was purchased from the White Swan Hotel and donated to Holt’s headquarters in Eugene, Oregon by an owner of the Lotus travel agency, which Holt worked with to facilitate the travel of thousands of families to and from China.

We asked for your memories and photos with the red couch, and you answered! Here are a few of our favorite red couch photos and memories you shared:

“These red couch photos were taken in 2002 as we were in the process of bringing home our youngest daughter, Rayna. We had also been here earlier in 1996 when we adopted our oldest daughter, Darcy. Being at the White Swan, we knew that we were getting so much closer to bringing Rayna home. Things were a little more streamlined this time than when we were here seven years earlier. It was such an amazing time during this shared experience with the other families.” ~ Grant Cochran, adoptive dad

“It was such an amazing time during this shared experience with the other families.”

“I cried as much as my baby (second from the right) cried when I put her on the red couch. She didn’t like leaving my arms.” ~ Esther Teller, adoptive mom

“Fond memories of the red sofa. My daughter is kicking from the back of the sofa.” ~ Connie Lowery Whetstine, adoptive mom

“September 2004. My Ethan is the only boy in the picture (wearing the blue striped shirt). It was an impossible task trying to get 13 babies to sit still on the red couch. Our travel group included 12 families that got along amazingly.” ~ Alison Profeta Fong, adoptive mom

“That’s my little one on the left sleeping away. We tried everything reasonable to wake her but she was out! August 2003.” ~ Nancy Muhlbauer, adoptive mom

“Adoption has the potential to be such a beautiful experience, and I’m grateful my adoption is so special to me. The day before my gotcha day in December, my best friend Emma sent me a post that Holt International received the famous Red Couch at Holt headquarters. This Red couch has been a part of countless adoptions. Our photo on the couch is the first photo I show when I talk about my adoption. I’m especially grateful that I’m still friends with most of those babies on that couch. The best part about my adoption group is that our families kept adopting. Our China Girl Reunions each summer grew even more as our siblings were added to the mix. I hope one day all of us girls can visit the famous Red Couch one last time and take one group photo.” ~ Lindsey Gansen, Holt adoptee

Thank you to all the families who contributed! We love celebrating your joyful memories of the red couch with you. Come pay it a visit the next time you find yourself near Eugene!