When Lynda and Joe Tama adopt 3-year-old Finn from the Philippines, they’re grateful to be introduced to a country and culture they’ll now know for the rest of their lives.

Lynda and Joe Tama sat eating Italian food at a restaurant near their hotel. There were little candles on the tables, and they ate bread and olive oil — but apart from that, Lynda doesn’t remember much.

They were staying at the type of place where most adoptive families stay when they travel to bring home their child — at a resort that is safe and quiet and the perfect place for new families to bunker down and navigate their first days together. But just outside the gates, everyday life in the Philippines rushed on. Children ran and played. Chickens and goats meandered down the street. Motorbikes weaved and whizzed through traffic.

“It was like out of a movie set!” Lynda says of the excited bustle that characterizes the Philippines’ capital city, Manila.

Soon, Lynda knew that she and her husband would walk outside the gates and into this loud and exciting reality to do what they had traveled over 8,000 miles to do — meet their son.

But in this moment, as they finished their meal, they relished the quiet, contemplating the enormous change that lay ahead of them.

Lynda and Joe got married later in life. And so it was now, as a couple in their mid-40s, that they were becoming parents for the first time.

“I never thought that I would become a mom through adoption,” Lynda says. “It wasn’t really on my radar.” But after being unable to get pregnant, and desiring children, Lynda thought of one of her best friends. Her friend was adopted through Holt in the 70s, and through her, Lynda witnessed what an adoptive family can look like — as well as her friend’s life as an adoptee. So Lynda reached out to Holt.

The Tamas researched each country program, and eventually landed on the Philippines program, which is unique among Holt adoption programs in that it requires families have a Christian faith. Joe and Lynda are Catholic, so this immediately stood out to them as a potentially good fit.

Today, parental eligibility requirements for the Philippines are much the same as they were several years ago when the Tamas adopted. Holt is currently seeking adoptive parents for the Philippines program who are 27 and older, who have a Christian faith, and who are open to a child of either gender who is 1-6 years old with mild to moderate special needs.

And while the wait is still a bit lengthy at 24-36 months, the Philippines program is one of the most child-centric and personal of Holt’s adoption programs.

“Adopting from the Philippines is just about the most personal process you can have with an ocean in between!” says Jessica Palmer, Holt’s director of adoption services in the Philippines, Thailand and Vietnam. “The adoption authority in the Philippines requires letters from the family, personal videos and more. And when it comes time to match a child with a family, staff from the child’s care center provide their input about which family they feel is best suited for the child who they know so well.”

Not every country program has the resources to be able to take so many details about the child, and potential family, into account during the matching process. And it’s an asset of the Philippines program that it ensures children and families are matched as well as possible.

In fact, when Lynda and Joe were in Manila, they got to meet the social worker who helped match them with their son.

“It was so special!” Lynda says of this woman who played such a significant role in their adoption process and family.

Feeling confident that Holt’s Philippines program was a good fit, Lynda and Joe decided to move forward. Around the same time that they submitted their adoption application, in 2014, a little boy — a boy who would someday be called “Finn” — was born in the Philippines.

At the time, the timeline for adopting from the Philippines from application to placement was about 18 months. But as Holt advises all families, the Tamas knew to prepare for the unexpected, which for them came in the form of typhoons and extreme weather, derailing the government process in country.

Eventually, though, the day finally came that Lynda and Joe were waiting for.

“I will never forget. I was cooking carrots, boiling a bag of little baby carrots,” she says, when the phone rang. “I saw ‘Eugene, OR’ [in the caller ID] and I thought, ‘This is the call you’ve been waiting for.’” It was her social worker, telling her that she was about to email over a child’s file for them to consider.

“I couldn’t wait to open it,” Lynda says, so she did right away. And inside, she saw a photo of the sweetest 2-year-old little boy with a bright smile and shiny black hair. She immediately shared it with Joe, who right away agreed that this little boy was the one.

“There was no hesitation,” she says.

While in the end, their adoption process took a total of 28 months, those last several months felt different — more preparatory and exciting — because now they were getting ready to welcome Finn into their family. They booked flights, put in the car seat, and got his room ready.

“I remember folding his little underwear, wondering what size he was, and picking up little snacks for the airplane,” Lynda says.

Then finally, they traveled to the Philippines. And over a meal with breadsticks and olive oil,  Lynda and Joe prepared themselves for the hours, days and lifetime ahead.

Hours later, Finn came into a room in his foster mother’s arms.

“Oh, he’s cute,” Lynda remembers thinking, as Finn was placed into her arms. Lynda was in awe. She remembers seeing his big, bright smile and noticing his precious and shy demeanor.

But also, in those first days and months, she remembers his grief.

Relinquished into orphanage care soon after he was born, Finn then went to live with a foster family — and then another. In both of his foster families’ care, he received the love and attention he needed while waiting for his adoptive family— for Lynda and Joe. At only 3 years old, however, Finn couldn’t quite comprehend what was happening. His was attached to his foster family. And separating from them was heartbreaking.

“It was a big hurt,” Lynda says. “We were heartbroken for him because he was so sad. It was so rough on him being pulled from everything that he had known.”

The rest of their days in the Philippines, exhausted as they were, Lynda and Joe did their best to help Finn navigate his grief — knowing just how much Finn needed support and compassion during this transitional time. Through it all, they showed him their love and that they would be there for him forever.

All the while they were in the Philippines, in the short moments when they left their hotel, Lynda and Joe savored experiencing the people, food, sights and sounds of the Philippines — this place that would always be Finn’s first home. They ate mangoes and fresh fruit, enjoyed the warm ocean waves, and saw women cooking at their food stands at the side of the road. Despite the busy bustle of this place, Lynda witnessed how it all came — and worked — beautifully together.

And slowly, as they spent close family time together, cocooned in their resort from the bustle on the streets outside, they began to see Finn’s bright smile and jokey laugh come through more and more.

But their transition had only just begun, and would continue in the months following. 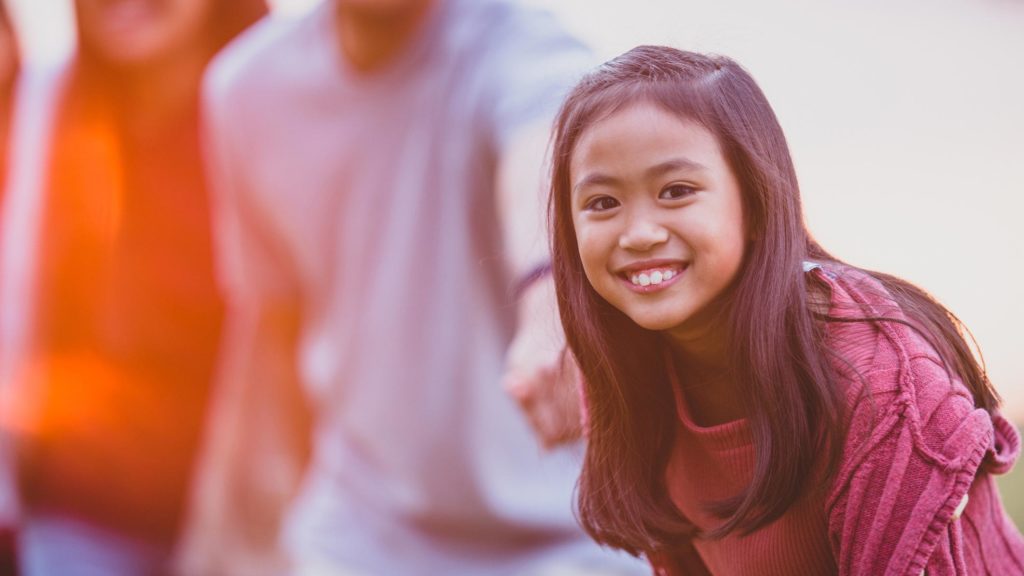 Adopt From the Philippines

Many children in the Philippines are waiting for a loving, permanent family.

To help Finn’s transition home, they met with an adoption-competent therapist for a time, and she equipped them with the tools they needed. They learned to consider that they had only been a family for a few short months, and to set expectations accordingly.

Finn experienced a breakthrough nearly a year later when they moved to their first new house together, which happened to coincide with Finn being able to speak English in more full sentences. One morning, at the kitchen table, he suddenly burst into tears.

“I miss my cousins,” he said, referring to his foster siblings. For months, Finn would cry, but was unable to tell them what was wrong. Now, they could finally understand.

“Those words came out, and I was able to comfort him,” Lynda says. “It was good for him. Good for both of us. It initiated some beautiful healing.”

In those moments of intense grief, Lynda would snuggle him close, and match their breathing, inhaling and exhaling together — another tool that their adoption therapist had taught them. She still does this with him today.

“It always calms him down,” Lynda says, “and it strengthens our connection.”

Now that Finn has been home over two years, their progress and growth as a family has been amazing. He loves to keep moving all day long, loves Legos and is a delight to his parents.

“Now the bond is so strong and he’s so, so attached to me and my husband,” Lynda says. “It’s beautiful.”

Finn’s English is great now. In fact, he doesn’t stop talking, his mom says, laughing. He asks a million questions all day long, including — more recently — questions about his adoption and his life before being adopted.

“I just showed him his baby picture,” Lynda says. “He said, ‘Mommy, who is holding me?’ I told him, ‘Mama Evalyn. You had such loving mommies taking care of you.’”

As Lynda reflects on the same questions Finn asks her, she feels above all thankful.

“I think about those ladies every day,” she says about his foster mothers. “I can’t say enough about where he began.”

A place, she says, that she can’t wait to take Finn back to.

“It’s a beautiful country with such warm and kind people. Really, really, such a sweet place … [The Philippines] is a part of him forever. And now I get to be part of that, too.”

And for families who are considering adopting from the Philippines right now?

“Jump in,” she says. “It’s a beautiful program with beautiful people.”