Ready to adopt, but short on funds, Kevin and Sarah Brown reach out to their community — and learn a beautiful lesson in return.

For Kevin and Sarah Brown, adoption felt like a natural choice. High school sweethearts from Nashville, Tennessee, they – like many young couples — knew they wanted a family someday. But also like many young couples, they weren’t in any hurry. “Then we turned 35,” Sarah says. After watching a documentary about children growing up in orphanages in China, they made up their minds.

“It got us thinking and we realized that is how we wanted to do it anyways,” Sarah says. “So we reached out to our local homestudy agency and to Holt and started barreling down the path.” A path that came with a number of decisions — country, China, gender, girl, special needs, yes. But then came the one question that didn’t have an easy answer.

How will they ever afford this?

The cost to adopt can be steep. With $24,000-52,000 in fees, expenses and international travel, hopeful adoptive parents face a total amount that often exceeds their available funds. While the Browns had ample resources to care for a child who needs a family, what they didn’t have was a spare $32,000 needed to adopt.

Determined, they started to research different ways to fundraise for their adoption. As their income did not qualify them for many grants, they knew that they would have to become creative. They planned a garage sale at their church and held a benefit concert featuring singer-songwriters from their hometown. “We raised almost $7,000 in one weekend from those two events, which is pretty incredible,” Sarah says.

While family and friends rallied around them, they realized how much just sharing their story* would inspire their extended community to support their adoption. “We created a blog so people could have insight into why we’re adopting,” Sarah says. Soon, people started commenting, asking how they could help.

With the momentum from their blog, the Browns built a profile on Adopt Together — a crowdfunding site that helps families raise funds to cover their adoption expenses. All donations are tax-deductible, and families receive 100 percent of what people donate to their cause. Any amount raised over and above their fundraising goal then gets distributed among families that don’t reach their goal.

“It was very difficult to think about the idea of asking people for money. At least, that’s how it felt until we started sharing our story.”

“It was very difficult to think about the idea of asking people for money,” Sarah admits. “At least, that’s how it felt until we started sharing our story… We were blown away by how many people became invested in this child that none of us had ever met.”

Key to their story was the fact that their daughter, Julia, had special needs that might require medical care or specialized therapies once home — an extra expense that more and more adoptive families are now facing.

Amazingly, however, the Browns raised enough from their independent fundraising efforts that they didn’t need to apply for any special needs adoption grants.

“It was beautiful how many anonymous donations we received,” says Sarah. “It was difficult because we wanted to thank them, but I think it speaks to the authenticity of people wanting to be part of this story and not because they felt guilty or pressured. People were rallying behind this child.”

Uplifted by the support of friends and family, the Browns joyfully united with Julia in April of 2014 at 22 months old. Although Sarah and Kevin were open to a child with a more serious health condition, Julia didn’t require surgery or involved medical care.

She did, however, have fairly severe developmental delays. But through physical, occupational and speech therapy — and most importantly, the devoted loving care of her parents — Julia made rapid progress. “She’s so sharp and bright and wants to learn,” says Sarah. “She was very cautious at first, but once she started trusting us, she just opened up.”

Although Julia’s medical care was minimal compared to what the Browns were expecting when they started their adoption journey, they feel grateful for the funds they were able to save for the cost of her therapy — which, “oh my goodness, got expensive,” says Sarah.

In reflection, Sarah says learning to accept support, without guilt, was vital to their fundraising effort. “ The hardest part for us was getting over that hurdle of asking people for money,” she says. “But once we did, we got our story out there and realized how much people wanted to give. … Learning that lesson of how to receive and be grateful and not guilty was beautiful for us.”

So what’s Sarah’s advice to families starting to fundraise for their adoption?

“Don’t hold back. Don’t be bashful,” she says. “You just have to put yourself out there and be vulnerable. And then get ready for an outpouring of love and support.”

* While we encourage families to share why they’re adopting, be mindful of how much personal information you share about your child. It’s important to be conscientious of their loss and that their story belongs to them. While the temptation to share photos of your beautiful child is hard to resist, overseas officials, governments and child protection workers may also be researching your family online. Sharing personal information about a child in their care or ours violates international safeguards for children waiting for adoption. Click here for more adoption fundraising dos and don’ts! 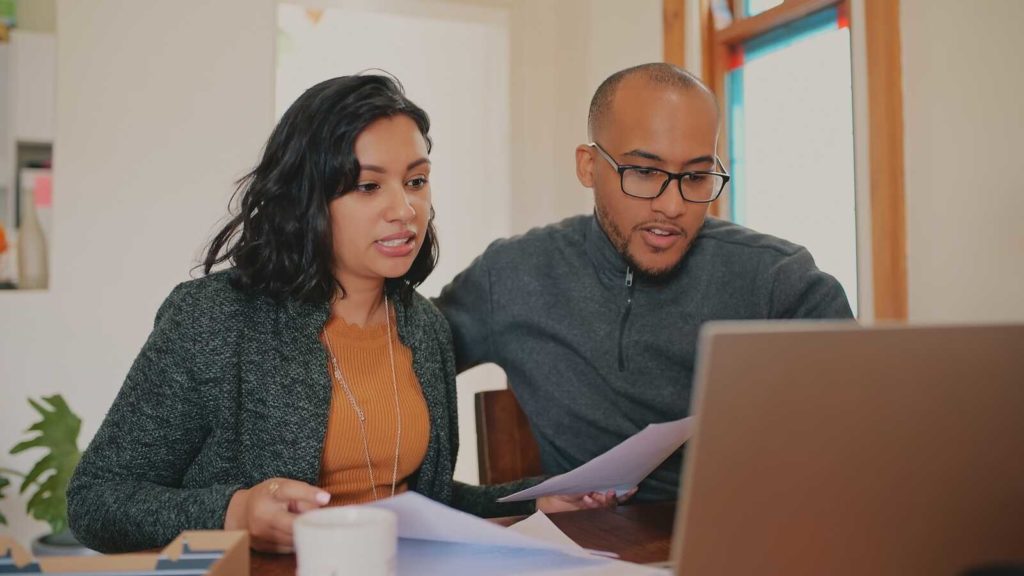 Families adopting through Holt receive free, professional guidance and support from a one-on-one finance coach throughout their adoption process. Even if you’re just considering adoption, email us to set up your first consultation today!

I adopted a child from korea thro holt in 1978 the fee then was 2000.00 This was a beautiful story my blessings to the family and that little angel

Loved the story about the child from China. i adopted a daughter from Korea in 1978 so happy and thankful i did it was and still is a wondeful experience wishing this family many blessings