After a two-year struggle with anxious attachment, Holt adoptive mom Lisa Fisher began play therapy with her daughter BaiYu – helping them both learn coping skills, and bringing out the fantastic, caring daughter and sister BaiYu is today.

No matter how your children come into your life, you never forget the day you are able touch them for the first time.  October 15, 2004 was the day I first met my daughter BaiYu. She definitely did NOT want me to touch her!

Then 26 months old, BaiYu’s “special need” was albinism – a genetic condition in which the body does not create the expected amount of pigment.  This lack of pigment also causes low vision and nystagmus, an involuntary movement of the eyes.  Instead of the typical Chinese features – tan skin, dark eyes and black hair – BaiYu had pale skin, beautiful hazel eyes that swung slowly back and forth, and short strawberry blond hair.  I always laugh when I look at the picture on our adoption decree – me with a look of blissful love, and BaiYu, beet red and screaming open-mouthed at the top of her lungs!

As we spent more time together in China, I began to understand why BaiYu looked so sad in all the pictures I received of her prior to traveling.  Miserable was BaiYu’s standard state of existence. She was frightened of absolutely everything – elevators, dolls, stuffed animals, the stroller, cars, banana bread, crowds, closed-in places, and anyone wearing lab coats. Everything was met with that now famous, opened-mouth scream of hers. Only later would I learn why BaiYu lived in such constant fear.

Once home in the U.S., BaiYu had to deal with sharing Mama with her older brother, Talen, age 7 at the time, and her sister, Mya, only 4 months older than BaiYu.  She still didn’t like me at that point, but she didn’t want to share me either.  She would scream and cry every day when I left for work, be fine while I was gone, and then scream and cry for hours after I returned – just to let me know how she felt about my leaving.  BaiYu also came home with a lot of orphanage behaviors such as biting, punching, and food-grabbing/hoarding. These behaviors took a good long time to overcome.

Poor Mya bore the brunt of BaiYu’s abuse. Thankfully, Mya has always been wise and understanding beyond her years.  Don’t get me wrong, the girls would often have a good time together, but you were never quite sure what would set BaiYu off.  It started to feel like she enjoyed negative attention more than she did positive.  It was almost like BaiYu simply didn’t care who she hurt or what she had to do to get what she wanted.  BaiYu was extremely manipulative of any situation, always wanting to have the last word or make everything about her. She would copy her sister’s ideas and try to destroy her siblings’ things because she couldn’t have them.  It got to the point where BaiYu was spending more time in trouble than she was playing and living life.

At the suggestion of a dear friend of mine – who is also a school counselor and fellow adoptive mom – we started play therapy right before BaiYu turned 4 years old.  She had lived through similar behaviors with her daughter, who she adopted as a 4-year-old from Russia. Through play therapy, her daughter made great strides in her behavior – even before she had developed much of her English skills. By chance, we happened to find a counselor well-versed in play therapy and attachment in adopted children, who was also originally from Hong Kong.

Play therapy helped illustrate how anxiously attached BaiYu was to me.  She would constantly draw pictures of and about me, and talk about me during the play sessions like I wasn’t quite real – as though I might disappear at any time.  She saw her sister and brother as threats and didn’t understand why they were still nice to her when she was mean to them on purpose. Through these sessions, I also discovered why some things caused her such extreme fear. Many of these things reminded her of abuse she endured early in life – prior to my becoming her mother.

At home, we worked a lot on positive reinforcement of good behaviors; we encouraged her to be kind all of the time. The toughest thing we had to do was not react when she misbehaved. I would quietly remove her from the situation, tell her why she was being moved, make her sit by herself so she could see us, and go about our playing/business calmly while she raised the roof screaming.  When she was quiet, she could come back and join us.  As we would play or act out something, we would talk about how certain parts of it would make us feel. As time went on, the tantrums happened less frequently. We would laugh more, and cry less.

Through it all, BaiYu was able to understand she was stuck with us forever.  She saw that I kept her and her siblings safe and that I loved them all no matter what.  BaiYu discovered everyone was happier, including herself, when she was kind to her siblings instead of trying to compete with them for everything. Her siblings, understandably, took a little while to decide if this was the “real” BaiYu or not. But eventually, they came to realize that this BaiYu was here to stay.

I knew it was time to discontinue play therapy when BaiYu took a little boy in her preschool under her wing and used the same techniques that she learned in her therapy sessions to keep him calm during class. She would engage him in play and help him work out his frustrations.  BaiYu always had an uncanny ability to know when he was about to tantrum and figured out how to keep it from escalating – so much so that his mother requested they be put in the same classroom from then on! They met in preschool. They are now in 5th grade. He says he will marry her some day, but BaiYu says, “Absolutely NOT!”

Sometimes, when my daughters are laughing hysterically together or are coming up with these crazy rhymes in the backseat about what great sisters they are, I pinch myself. I think back to those tough early days and marvel at the close relationship they have now. They couldn’t be more different – Mya, the shy/serious one, and BaiYu, the loud/goofy one – yet they love each other so fiercely now.  At age 10-and-a-half, BaiYu is a fantastic student, an accomplished pianist, and an elite athlete. There is nothing physical she cannot master at an accelerated rate. She is a power tumbler, skipped three levels in gymnastics in 2 years, and switched to dance during the last school year so she could get more of a challenge. Above all else, she is a fantastic, caring person who adores her family with all of her heart. And we adore her just the same. 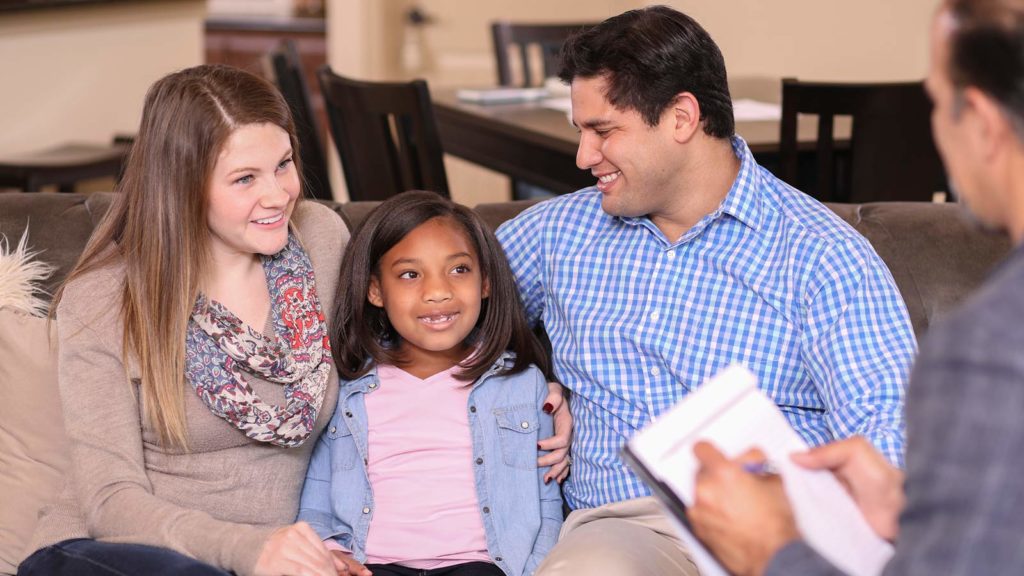 All parents encounter challenges as their children grow up. And sometimes, issues may arise that leave you uncertain as to how best to respond. But not every issue requires therapy or counseling. The PACE program is here to help during those times.

Hello Lisa and family,
I have not met you yet, but hope to someday soon! I am the new social worker for Central Iowa and Des Moines area. Your story shows tremendous love and commitment and will lead other families to healing therapy. I also have a background in play therapy, and I’m so thrilled you found a skilled therapist to lead the way.
Take care, Cindy Schuman

A Month With Molly

The Woman Who Serves in Faith