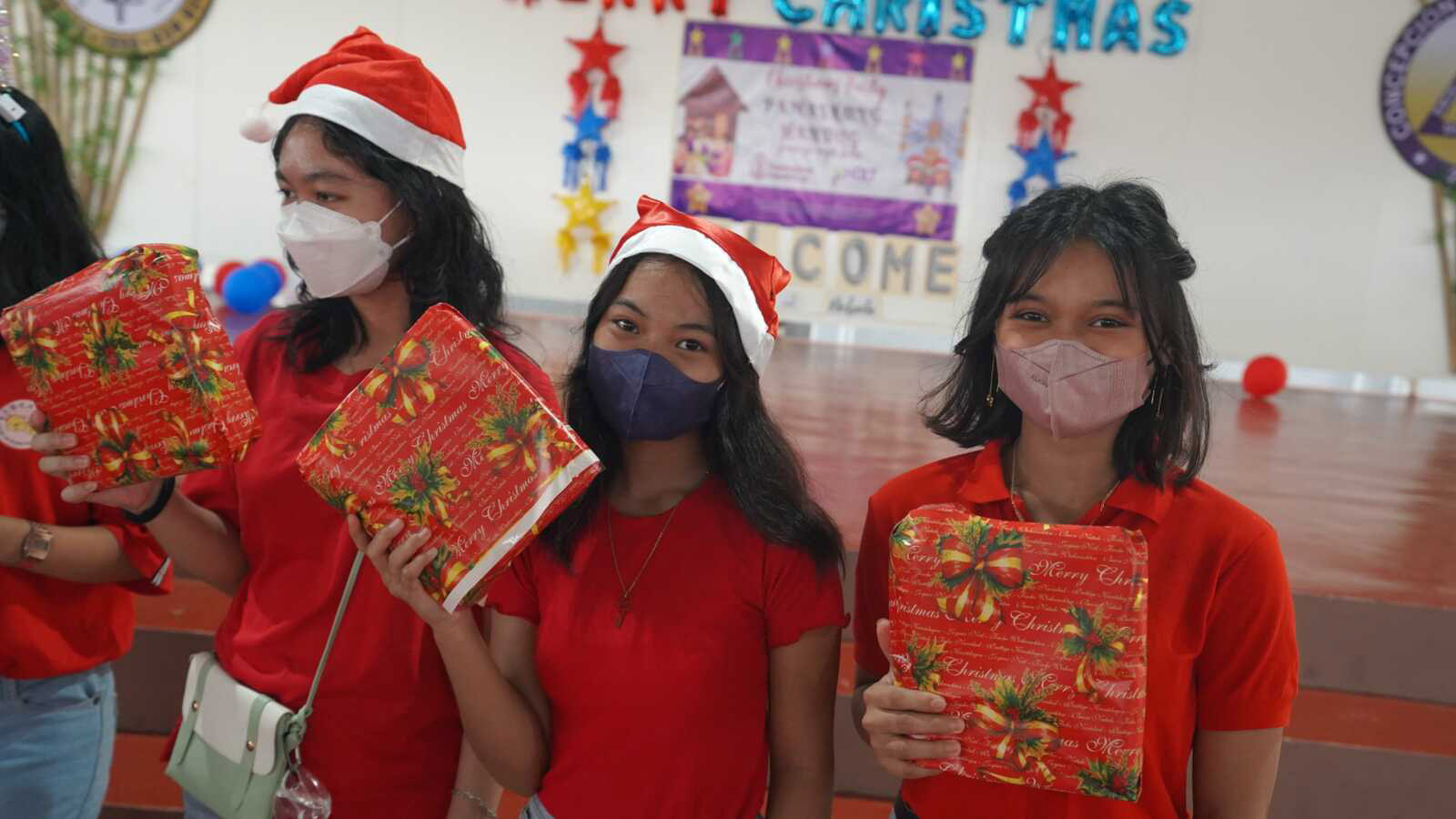 See photos and video from the early Christmas parties Holt sponsors and donors helped throw for children and families in Holt programs in the Philippines!

In the U.S., many of us can’t wait for the day after Thanksgiving to start decorating for Christmas. But if you think Americans love Christmas, take a trip to the Philippines in September!

In this predominantly Catholic and Christian country, Christmas is such a beloved holiday that celebrations go on for four months of the year! Filipinos have the longest yuletide season in the world, beginning in September and continuing through what they call the “Ber” months. The festivities include parties, fireworks and parades, with streets and homes elaborately decked out in bright colors and unique decorations such as the “parol,” a colorful, star-shaped lantern that people hang in their windows. Children even start caroling door to door as early as September!

So when Holt’s creative team traveled to the Philippines in August 2022 to capture photos and stories of children and families in Holt programs, it wasn’t too much of a stretch to hold an “early Christmas party” for sponsored children and families… And wow, did they get excited! Give a Christmas Party & Gift

You can give a festive meal, party and hand-picked gift to a child in need this Christmas!

Upon arriving in the Philippines, our team learned that after two long years of celebrating Christmas in isolation at home due to the pandemic, the families were especially excited because this would be the first time they gathered together in person. (As a safety measure, children and their parents wore masks. Kaisahang Buhay Foundation (KBF), our longtime partner in the Philippines, also held two parties — one for 7th-12th graders in educational sponsorship, and a smaller one for younger children in foster care.)

At the party for sponsored students and their families, the staff and teachers decorated in red and green. The children and families prepared songs and dances and wore sparkly reindeer antlers and Santa hats. They laughed hysterically as they played silly games for raffle prizes. They ate fried chicken and spaghetti from Jollibee, a favorite bee-themed Filipino restaurant chain, and opened presents generously provided by Holt sponsors and donors — including new backpacks for all of the students. The party for children in foster care was held at a Jollibee restaurant, and the children were so excited when the Jollibee himself showed up to dance and play with them! They sang songs, played games, opened presents from their sponsors, and had quite a merry time celebrating Christmas all afternoon with the other children and their foster parents.

For children and their parents or foster families, the parties also gave them an opportunity to take time out of their busy lives to just have fun together. As Glady Bunao, the executive director of KBF, shared, “The parents are always working so they don’t have time to play with their children. I always say they need to connect — so now they can play with their children!”

Thank you for making it possible to provide special Christmas and holiday celebrations for vulnerable children and families in Holt programs around the world!

See highlights from the early Christmas parties you helped throw in the Philippines:

*Photos of children in foster care are blurred to protect their identities. Children and families in educational sponsorship have provided consent to share their photos.

Infographic: How Has International Adoption Changed Through The Years?