When we lived in our old house, there was a road I took daily that I would jokingly say should have been named after me. I said this because of the frequency of my vehicle on this particular road. I used it to take my kids to school, there and back in the morning.

Then again, there and back midmorning for the preschool pickup and there and back again at the afternoon pickup for my oldest. Six times a day, my dirty black suburban could be seen on this winding road!! It was exhausting and I started to hate that road with a passion. The road itself was beautiful with its trees and its curves, but it was annoyingly predictable.

Every morning at 8 a.m., I would see the same children waiting with the same parents for their bus. I could even tell you that one of the mother’s coffee mugs would have polka dots. Then at midmorning, cue the bald man with the exuberant puppy who always seemed to be walking him instead of the other way around.  And then, of course, at 2:45 p.m., the red car with the inappropriate bumper sticker would be pulling out of its parking space to share the road with me.

I have since moved from this house, and now have a different daily commute. Yay, carpool!

But this road came to mind the other day as my adopted son, Jonathan, asked me if we were going to Grammy’s house. As I was thinking about why he would ask that, I realized that we were on the same road I frequently take to go to my mom’s. I told him we were not going to Grammy’s house. “To baseball? To the library?” he asked. I said no to both of those things, as I started to become impressed that he knew the route to each activity. He told me that we take the other road for diet coke and to get to his brothers’ school.

Jonathan became a little nervous when I told him, “Just wait and see. You will like it.”

I said nothing more, as I wanted this trip to the playground to be a sweet surprise. It was at that moment that he could not stop peppering me with questions as his little heart couldn’t handle not knowing where he was going. I eventually gave in and told him so he would relax.

We like to know things ahead of time. We like to know where we are going. We want to know what road to take so to avoid things we hate and embrace things we like. We just want to know where each road leads. And now with GPS, we can know just that. We never have to be lost again. We don’t even have to do the thinking. But when everything is planned and nothing takes you by surprise, it often feels like life is being taken out of life.

Adoption, for our family, was the complete opposite of that old road and definitely didn’t have GPS. Instead, the process twisted and turned in ways that we could not have prepared for or expected. This is life in the adoption process and anyone who has gone through it or is currently in it would speak to that truth.

As we talked about taking the first step toward it, we tried to anticipate where it would all lead and what roadblocks we would stumble upon. But adoption is no friend to the planner. Instead, it’s a gift that takes you off the predictable road and onto something better… something that leads to a deeper and richer life. It was as if God wanted to take our family to the playground and we kept asking Him, “Where are we going?”  He wanted it to be a sweet surprise, and we couldn’t help but pepper Him with questions. He was so patient with us as we had to take our cues from Him. And this road can truly be named after us because no adoption journey is the same. It is a tailored journey unique to each family that gets in the car, without a roadmap.

This journey is led with the heart.

And while we were terrified to take that first step, it led to things I couldn’t have even dreamed.

Our road led us to a little boy in Haiti who has stolen our hearts. It led us to belly laughs at the way he makes fun of himself as he learns. It led to empathy as we pondered our 3-year-old’s heartfelt cheers when it’s time for dinner, knowing that his young heart understands the blessing of food. It led to pride as our young son learned English in three short months. It led to a deep respect, as he faced every single fear head on and learned to trust. It led to all-encompassing love as a child, who was afraid of touch, wraps his arms around our necks and says, “I yuv you!”

It has also led to the long days and nights of waiting for a child I had never met but loved without measure, while the rest of the world seemed to carry on with their lives. It led to financial strain as we were entrenched in the adoption process, watching peers without any worry of money. It led to many frustrations in dealing with delays we had no control over. And it led to loneliness, as it’s hard to put into words exactly all of the emotions surrounding adoption, nor do many care to hear.

And then, once Jonathan was in our arms, we journeyed through sleepless nights as he figured out the rhythm of being in our family.  We waded through tantrums as he was used to being his one and only advocate. We experienced meltdowns as life outside of an orphanage can be overwhelming.

But the strength that emerges from all of these things is a gift that only comes when a person becomes brave enough to journey a new road.

Yes, that old predictable road would have been safer. I would have continued to drive down that road ending up at the intended destination, just like everyone else.

But I would have missed my son.

I can’t imagine life without my Jonathan. He brings fun. He brings adventure. He brings a love I had never known. I would choose this road, with its uncertainty, every time – because this road leads to life.

So, why should you consider adoption? Here are some great reasons! There are over one million orphans in this world and you can make a difference in the life of one. Maybe you haven’t stopped hoping for your family to grow, and a child in an orphanage somewhere hasn’t stopped hoping for a family. And maybe your arms are just the right length to wrap around a child who desperately needs the love of a parent. Perhaps most importantly, the world is telling you to fill your life with more stuff, but you know that will never fulfill you. Instead, you know your life was meant for a new road… a road that leads to a great love… the love of your child. Instead of the old familiar one, you know this adoption road will be one of beauty designed just for you. 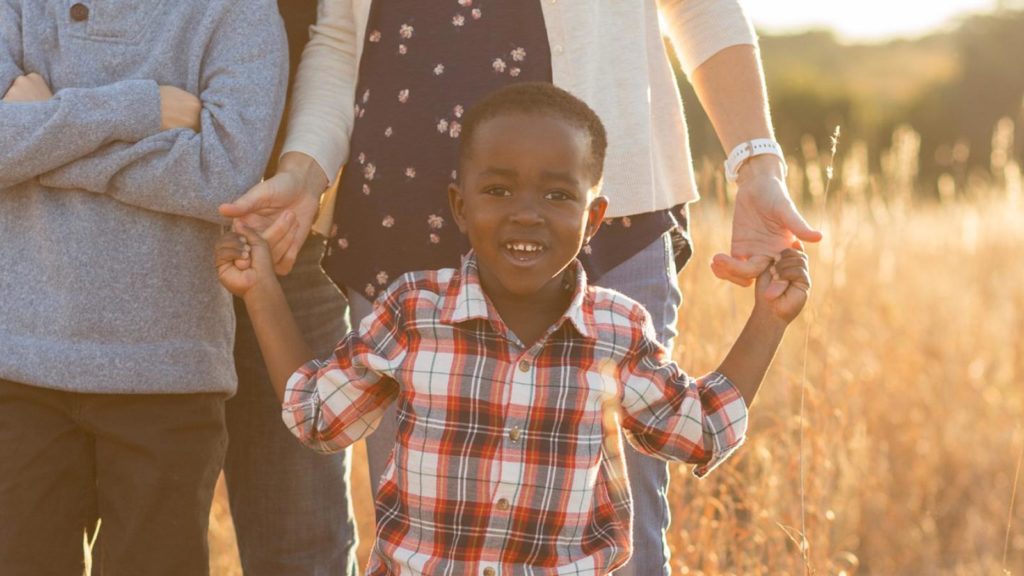 Many children in Haiti are waiting for a loving, permanent family.

Because of You, Phal and Her Siblings Have a New Home

A VERY Big Thank You