The History of Holt International

In 1956, Harry and Bertha Holt revolutionized the definition of family when they adopted eight children in the wake of the Korean War.

They pioneered international adoption, and founded Holt International. But long before that, they were child sponsors — driven by their faith, compassion, generosity and desire to do what they could to make the world a better place.

Explore each decade of Holt’s incredible history of helping children and families:

Harry Holt leaves for Seoul, Korea to care for children left orphaned or abandoned in the wake of the Korean War.

After a lobbying effort by Bertha Holt, a bill is passed allowing Harry and Bertha Holt to adopt eight children from South Korea.

After the “Holt Bill” passes, the eight children adopted by Harry and Bertha Holt arrive in Oregon.

The beginning of Holt International

Harry and Bertha Holt view a World Vision video that depicts the plight of Korean War orphans and inspires them to provide monthly sponsorship.

Feeling led by God to help more children in Korea, Harry Holt travels back to Seoul to unite children with families through international adoption.

The first Holt picnic is held at Harry and Bertha Holt’s home in Creswell, Oregon, attended by more than 500 families and children brought together through the Holt Adoption Program.

Concerned about the children who weren’t adopted, especially those with profound medical and developmental conditions, the Holts build a long-term care facility near the village of Ilsan in South Korea.

Harry Holt passes away in Korea

After suffering a heart attack, Harry Holt passes away, leaving behind his wife and family, and the children in Korea whose lives he touched.

Bertha Holt recognized as American Mother of the Year

Holt first served families and children in Vietnam through a USAID-funded nutrition program, later developing an international adoption program to help find permanent homes for the more than 25,000 children then living in Vietnam’s orphanages. In 1973, Holt introduced foster care for children in the country’s orphanages, providing loving, individual attention to nurture their development while they awaited permanent placement.

Holt first served families and children in Vietnam through a USAID-funded nutrition program, later developing an international adoption program to help find permanent homes for the more than 25,000 children then living in Vietnam’s orphanages. In 1973, Holt introduced foster care for children in the country’s orphanages, providing loving, individual attention to nurture their development while they awaited permanent placement.

Saigon falls to the North

Holt evacuated exactly 409 children from Saigon in what has now famously become known as the “Vietnam Babylift.” Holt’s flight — one of several agency-arranged “babylifts” at the end of the war — came two days after President Gerald Ford announced that all Vietnamese children currently identified for adoption to U.S. families would be airlifted out of Vietnam.

Holt begins work in the Philippines

In 1976, Holt helped establish a partner agency in the Philippines — the Kaisahang Buhay Foundation (KBF), or “Working Together Foundation,” in Manila. Through the years, KBF has grown to become a recognized leader in child welfare services, serving homeless and at-risk children from birth to 18 years of age. Like all of Holt’s partners, KBF strives to help children remain or reunite with their birth families before pursuing adoption.

In 1986, Holt began caring for orphaned and vulnerable children in Guatemala through a partnership with a local child welfare agency, Asociación para la Integración Familiar (APIF). Through 2010, Holt helped over 150 Guatemalan children join adoptive families in the U.S. and supported APIF’s efforts to reunite another 500 children with their birth families.

United Nations Convention on the Rights of the Child

In 1989, Holt representatives helped draft the Convention, which states that childhood is separate from adulthood, lasts until age 18, and is a special, protected time in which children must be allowed to grow, learn, play, develop and flourish with dignity. The Convention is the most widely ratified human rights treaty in history and has helped create stronger safeguards to protect children from violence and exploitation.

By helping to establish Vathsalya Charitable Trust (VCT), Holt was able to provide services and residential care to homeless children in Bangalore, India. Today, the child welfare organizations Holt helped to establish in India continue to grow and diversify their services, and remain a significant part of Holt’s history and legacy.

After the fall of communism in 1989, the former Eastern Bloc country of Romania opened its doors to outsiders – including to its 650 state orphanages where over 100,000 children were found living in horrifying conditions. In 1990, Holt was among the first organizations to come to the aid of Romania’s institutionalized children — developing a range of USAID-funded child and family welfare programs throughout the 1990s.

In 1992, Holt facilitated its first international adoption from China to the United States. In the years since, Holt has become a leading agency in finding families for children from China, particularly children with special needs and older children. To date, Holt has placed more children with special needs than any other agency. In the late 1990s, Holt also began allying with the government of China to develop model foster care programs — providing family-like alternatives for children in institutional care. In the ensuing years, Holt replicated this model for children throughout China.

In 1999, Holt began to serve homeless children in Ulaanbaatar through a partnership with the Mongolian NGO the Naidvar Center. Holt also established ties with the National Children’s Sanitorium (NCS), Mongolia’s primary government care center for orphaned and abandoned children under the age of 4. Together, NCS and Holt developed the Rainbow Special Baby Care Unit to give at-risk infants and toddlers the proper nutrition, medical care and nurture they needed to recover and thrive.

Holt helped the Nanchang orphanage open a special baby care unit to improve the feeding and care of premature babies and babies with special needs — reducing the overall mortality rate of children entering the orphanage.

Holt helps develop the ILEA program in the Philippines

The Independent Living & Educational Assistance (ILEA) program empowers young adults who grew up in orphanages to achieve independence and self-reliance. While some ILEA scholars have worked toward a high school diploma and then opened their own businesses, nearly half have graduated from vocational courses or completed four-year university degrees.

In 2001, Holt began working with the indigenous NGO Action for Children (AFC) to help serve vulnerable families and children in Uganda, particularly those affected by HIV/AIDs. The partnership immediately expanded AFC’s ability to reach, counsel and assist children. With the primary goal to keep children within their extended family – and off the streets or out of institutions — Holt and AFC began developing services that empowered struggling families to support their children.

Holt began our work in Haiti in 2003 — partnering with the humanitarian organization Hope for Haiti Foundation, centered at the Fontana Children’s Village north of Port-au-Prince.

Holt has intermittently served children and families in Cambodia since the late 1990s — and consistently since 2005. With international adoption to the U.S. closed since 2001, Holt concentrates efforts in Cambodia on helping children join families via in-country adoption, reuniting children with their birth families and strengthening families at risk of separation.

Through the Longchuan project, Holt expanded services to children and families at risk due to poverty or HIV/AIDS. The project works in partnership with local schools and teachers with the goal of helping children remain with their families and continue their education.

In 2007, Holt established an international adoption program in Ethiopia to help orphaned and vulnerable children join loving, permanent families. Holt also began exploring ways to help strengthen families at risk of separation. The following year, in 2008, Holt introduced a family strengthening program to help struggling families in Ethiopia grow strong and self-reliant, and able to provide for their children.

When the quake hit, many children in care at at our partnering care center, Holt Fontana Village, were already matched with adoptive families in the U.S. In the aftermath, Holt helped arrange for these children to travel to the United States on humanitarian parole visas.

Holt International celebrates 55 years with a conference and forum in Washington, D.C.

When the quake hit, many children in care at at our partnering care center, Holt Fontana Village, were already matched with adoptive families in the U.S. In the aftermath, Holt helped arrange for these children to travel to the United States on humanitarian parole visas.

Holt takes over operation of the Peace House in China

To help address nutrition and feeding issues among children in orphanage care — especially among children with special needs — Holt developed the Holt International Child Nutrition Program and began training caregivers in best health, hygiene, nutrition and feeding practices. Today, Holt’s nutrition programs serve children in both orphan care and family strengthening programs in countries where we work around the world.

Holt helps open a school for the deaf in Shinshicho, Ethiopia

Deafness is particularly prevalent in this region of Ethiopia. With the opening of the Yesus Mena School for the Deaf, both children and their parents learned sign language and began to communicate for the first time.

Holt is one of two U.S. agencies chosen to participate in a pilot adoption program for children with special needs in Vietnam

With this announcement, a 6-year moratorium on adoptions from Vietnam to the U.S. came to an official end.

In a rural region of Ethiopia served only by a small clinic, Holt donors and the local community  came together to build a full-service maternal-child hospital. For the first time, 250,000 people have access to advanced medical care.

Before the Red Stone School opened, children often worked alongside their parents in the Ulaanbaatar city garbage dump — searching for food or recyclables. Holt sponsors and donors help provide a safe, warm environment for children to learn, clean uniforms and nourishing daily meals. For many of these children, the meal they eat at school is the only meal they eat every day.

Through research and community collaboration funded by Save the Children, USAID and GHR Foundation grants, Holt began working to develop a model of services that keeps children out of institutions and in more nurturing, family-like care — including foster care, family reunification and kinship care, and in-country adoption.

In 2018, as the war in Colombia came to an end, Holt reestablished a Colombia adoption program to help find families for children in greatest need — many of them older children and sibling groups. At the same time, Holt began working alongside local partners in Colombia to strengthen families at risk of separation and care for orphaned and vulnerable children.

By combining resources and knowledge, Holt and WACAP are now able to help more orphaned and vulnerable children in countries around the world.

After many years, Holt reestablished an international adoption program in Hong Kong to help find families for children with special needs.

The Taiwan program is Holt’s third adoption program in the China region, including Hong Kong and mainland China.

To help find families for children from Bulgaria, Holt resumed our partnership with Vesta, a licensed agency with over 20 years of experience advocating for children — especially children with special needs and older children who have been waiting a long time for a family.

With this announcement, Holt became one of three U.S. adoption agencies approved to place children from South Africa with eligible families in the U.S. As everywhere Holt has adoption programs, Holt works alongside a local partner in South Africa — Wandisa — to thoroughly explore the possibility of family reunification before pursuing adoption for a child. 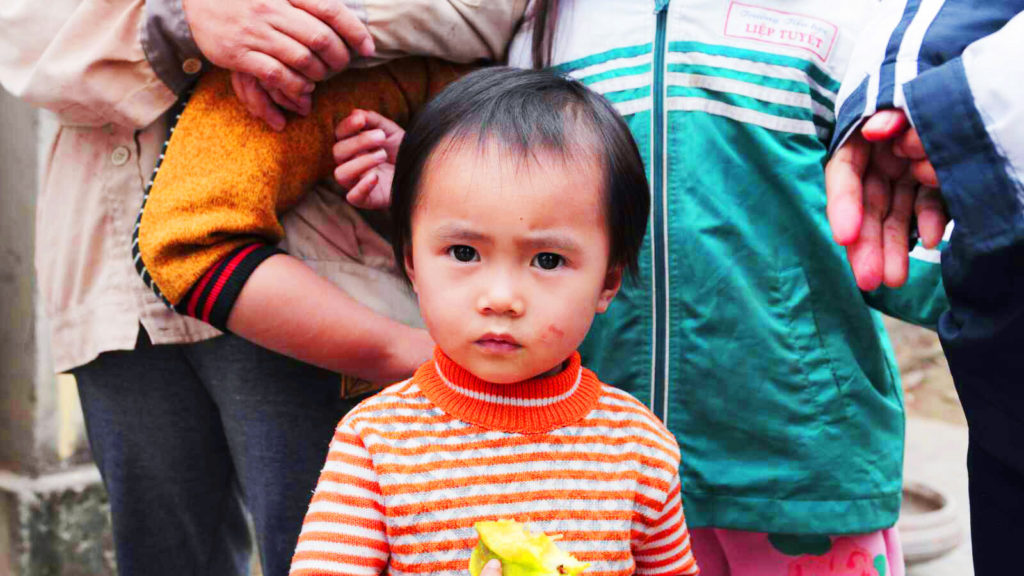 Help a Child in Greatest Need

Give emergency help to a child who is hungry, sick or living in dangerous conditions. Your gift will provide the critical food, medical care, safety and more they need when they need it the most.

Explore how Holt sponsors and donors help children in need around the world!