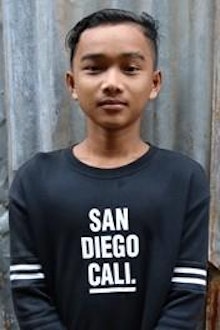 During admission, Rithy's physical and mental are fine. He does not have any chronic illness. His physical appearance looks good, his clothes, hair, finger nails, toenails are clean but some time he does not wear the shoes when he is at home.

Rithy was introduced to Holt program by her neighbor. Base on assessment, we saw that this family has many children that need to go to school but they are a poor family and they cannot have enough ability to support with their children?s study. He is getting good take care from his parents.